Over the past 18 months we’ve been writing about the frustration with the current state of affairs in terms of time in the air (TITA) for battery powered multi-copters and small fixed-wing unmanned aircraft. We have interviewed many people with innovative ideas to extend TITA, ranging from the more traditional tethered solutions to the really innovative, small rotary engines, and thoroughly exploring the rapid advancement of hydrogen fuel cells.

Ever since we began researching the topic, we’ve been told that the battery industry is slowly improving performance of the Lithium-ion (Li-ion) battery at around 5% a year in terms of weight/power ratio and TITAs are supposed to be getting longer. Unfortunately, we continue to see the same 25 minutes of flying time in most commercially available multi-rotor unmanned aircraft and 50 to 60 minutes for fixed wing platforms in the <55 lbs on spec sheets.Enthusiasm from UAV manufacturers to innovate quickly seems to be having an impact and battery suppliers are now accelerating their own innovations. With these new developments come new risks and sometimes, shortcuts. The recent debacles of the Samsung Galaxy Note 7 tablet and the infamous hoverboard fires are just examples of what could potentially happen if we continue to extend Lithium-ion technology to its maximum capacity. 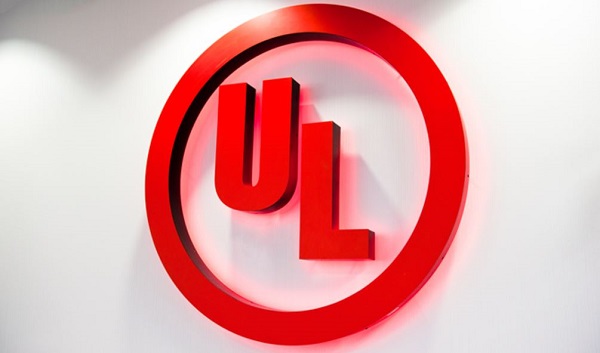 With the use of unmanned aerial vehicles (UAV) growing exponentially for commercial use, the need for safe batteries and electrical systems is growing, as well. To address these safety concerns, UL (https://www.ul.com/drones) created a new standard – UL 3030 to help ensure the safety of Li-ion batteries used in UAVs. This new standard covers commercial (e.g. agricultural, scientific, research, video for film industry or news broadcasts and roof inspections) and tactical (e.g. government, local police and search & rescue) applications for UAVs operated by trained pilots.Certification to UL 3030 allows manufacturers to demonstrate to regulators and other interested parties that a specific UAV has been evaluated to a third-party safety standard. Though UL 3030 does not address aspects such as airworthiness, efficacy of controls and similar topics, these must be addressed by regulations, user programs and other standards. Engaging with UL early in the UAV design process allows you to access compliance expertise and valuable tools that can help you avoid obstacles during design, production, and certification.Given the importance of such an announcement by UL we reached out to Ken Boyce, Director of Principal Engineers for UL’s Energy and Power Technologies division, and Ibrahim Jilani, UL’s Senior Business Development Manager, for a phone conversation about the impact that UL 3030 might have in the unmanned vehicles’ industry.“With innovation comes risk and battery manufacturers are trying to improve performance of their products by basically modifying three areas: separators, packaging and circuitry. The chemistry of Li-ion is already optimized, so reducing the width and weight of metallic separators, changing the way cells are packaged and miniaturizing circuitry are the three main areas of improvement. Unfortunately, with these modifications the risk of fires or explosions can be increased,” said Boyce.“Drones are just as susceptible, and in some cases even more likely than hoverboards to cause fires because of the three-dimensional space they operate in,” says Jilani. “They go through the mechanical stresses of flying up and down and may be subject to mechanical abuses in ways that a product like a hoverboard doesn’t. Add in atmospheric temperature changes and the potential for battery-related incidents could increase.”In the U.S. alone, the Consumer Product Safety Commission (CPSC) has stated that between January 2012 and January 2017, there were 200 drone incidents and over 50% of those occurred while charging - signaling electrical system issues that could have been addressed by certification to UL 3030.  So, even though it doesn’t reach the level of publicity of the Note 7 or the hoverboards, the proliferation of drone use will only increase the chances of increasing safety incidents that may have been mitigated through thorough assessment and third party certification.“Our main concern when we began looking at the drone industry was the lack of safety standards for the entire end product including the full battery system, and the propensity for ‘thermal runaway’ created by certain manufacturing defects, environmental conditions or damage to batteries,” said Boyce. “We thought it was time for the drone industry to have access to a system approach to safety for the design and safety assessment of these innovative Li-Ion battery operated products.”When asked about alternative power sources such as hydrogen fuel cells, both executives were adamant that these new and innovative solutions had a bright future, but were not ready to replace the millions of existing products in the hands of consumers and prosumers and therefore UL 3030 comes at a very good time. In fact, the first UAV platform is currently undergoing testing and it’s forecasted to be the first of many more to come.UL 3030 achieved initial U.S. consensus in December 2017 and is in the final stages of completing bi-national accreditation for the U.S. and Canada. Authorities and retailers will be able to leverage certification to this safety standard as a requirement for drones sold in-store or online to promote safety for the drone user community.While we wait for a real alternative to Li-ion technology, UL 3030 will greatly improve the safety and reliability of existing products the industry relies on.