The final part of our Commercial Drone Industry Influencers list leaves us with 25 people that have and will continue to make a major impact on what it means to operate a drone for commercial purposes. Some of these leaders are focused on issues relating to the way in which drones are being used in industries like construction, mining, agriculture and inspection, while others are more focused on regulation and education. Regardless of their focus, all of these people are ones to keep an eye on in order to get a better understanding around how UAVs will impact the way professionals can approach their work.

The people on this list below have not been arranged in any particular order, and there are obviously far more than 25 people who will impact the future of this technology and the industry as a whole. If you think we’ve missed out on someone feel free to get in touch or discover the sort of insights these folks and plenty more will be looking to share at upcoming industry events. 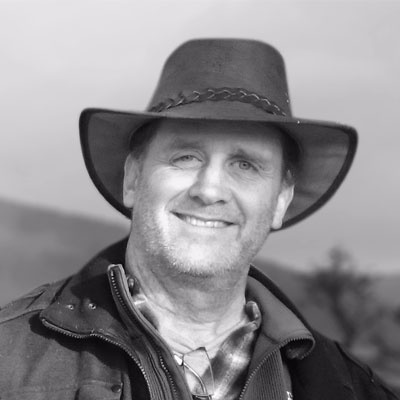 Steven Flynn is the CEO and Co-Founder of Skytango, a company with a goal to promote and incentivize compliance and encourage better behaviors from both flyers and content buyers through rewards and education. He is also an Emmy Award winning Filmmaker, Producer, Director, Director of Photography and Editor.

With a Bachelors in Mass Communications and a Minor in Photographic Technology, at St. Cloud State University, Steven built a long background in filmmaking. He formed his own post-production company in 1996, and in 2003 he founded the production company GoodLooking Films, which he still owns to this day. In 2013, he added aerial filming with drones to his professional experience by Co-Founding Aerial Filming Ireland (AFI), the 4th Irish company to file for an Aerial Works permission from the government.

In 2015, Steven Co-Founded Skytango, a marketplace connecting drone operators, their content buyers, and landowners in a digital space where they can all do business in a new and revolutionary way. The marketplace offers drone pilots a place to promote their services, bid on jobs, a payment system, and the ability to curate their own stock library assets for long term rewards. It also presents buyers with integrated booking services to find the right pilot by allowing them to bid on jobs and engage with one another via communications threads.

Steven will continue to tell stories through filming, including with drones, but he also expects that in this fall, Skytango grows and the platform populates with various content from around the world. 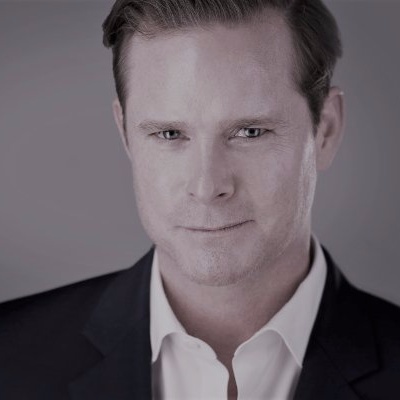 Michael Cohen is the president and CEO of Industrial Skyworks, a drone inspection company for buildings and the oil & gas industry. Michael was an Airline Captain (Boeing 737 NG) and an expert in Aircraft Safety Systems and Risk Management, as well as, a Certified Aircraft Accident Investigator. He has served as Chairman of Air Safety and a member of an Airline Emergency Response Team, and he’s actively looking for new ways to provide secure and safe solutions for different industries.

Back in 2013, Michael founded Industrial Skyworks and has helped the company reach important milestones. In 2014, the company formed a strategic partnership with Tremco Incorporated, North America’s prime commercial roofing company, based in Ohio, USA, to provide better services for clients around the globe. Two years later, Industrial Skyworks received the first approval in the history of UAV Operations to operate a drone commercially at night by FAA. Michael was also one of Ernst & Young Entrepreneur of the Year finalists.

In 2017, they completed one of the largest infrastructure inspections in the history of UAV operations, where they gathered data with thousands of images in the entire MacDonald Block Building Complex in Toronto by using UAVs equipped with thermal and RGB cameras to detect energy loss and water penetration.

Michael has talked about how Blue Vu “will blow open that industry, particularly in oil and gas.” Blue Vu is focused on Industrial Skyworks customers in the short term, but will expand beyond that base. he company will be putting together a series of webinars that are designed to showcase further information about Blue Vu and how it can impact the approach for inspection and oil & gas professionals. 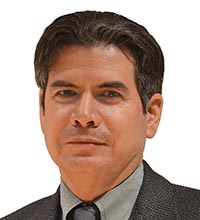 Art got into drones during his 30-year career as a U.S. Air Force Command & Control Officer, and a Mission Control Specialist, where he started shooting down drones for training purposes, and from there he moved on to surveillance drone programs. Prior to his current role, he was the Director of National Cell Site Programs for AT&T, responsible for policies, processes, systems, and supplier management related to the deployment and modification of AT&T’s nationwide portfolio of 65,000 cell sites.

In 2015, AT&T gained an interest in drones from a safety perspective, and Art helped moving it from an “exploratory phase” to “fully operational” in September 2016. Although the initial focus was on safety - to help engineers avoid risks by climbing cell towers multiple times - using drones also decreased AT&T’s cell site maintenance times from one week to just four hours. Doing so represented a 900% savings for the company.

Art says they’re working on using Artificial Intelligence to provide a faster insight during cell tower inspections. Once beyond visual line of sight rules and regulations settle, another plan is to use drones over other networks, such as fiber. 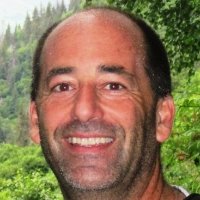 In 2014, Michael used the knowledge on technology he acquired through his previous professional roles and joined the commercial drone market seeking a new business opportunity, together with DroneView Technologies. After only two years of experience in the commercial drone market, Michael led DroneView to fly hundreds of successful missions for clients in over 20 different states throughout the country.

Michael thinks the commercial drone industry will face a tipping point in 2017, where large organizations will move from exploring how to incorporate drones into their operations to widespread mainstream implementation. He also thinks technology enabled service offerings coupled with the requisite domain expertise will be the pathway for widespread enterprise drone adoption.

DroneView will continue to improve and extend its services where the benefits of using drones to collect and process aerial image/video data yield value.