To say there’s a lot of hype around the commercial potential of drones is a bit of an understatement. Between the headlines talking about the billions of dollars that the technology represents along with talk about how UAVs can make a measurable difference when it comes to making a given task faster, cheaper or safer, it’s pretty clear that potential drone operators in a variety of industries are thinking about how they can use the technology.

It’s not just about hype anymore though, because the differences the technology can make are real and measurable. As an unmanned aerial systems service provider which conducts data retrieval for aerial mapping and infrastructure services to sustain America's infrastructure, Skynetwest has been able to quantify how drones have made a bottom line difference for our clients. Accuracy for aerial mapping in particular has made a big difference with our land surveyor clients. In their field, the standard is reaching an accuracy of about 1/10 of a foot. For one client we were able to produce data with 1-millimeter accuracy in less than half the time it would have taken to do it themselves. To say the least, they were impressed.Those bottom-line differences are important because they prove that no matter how overhyped the technology might be, these differences are real. Those billion dollar predictions are irrelevant to the people who are out there turning the potential of this technology into reality. We enable engineers to do things like review data and perform inspections from the comfort of their desktops, and it’s something we can guarantee from a safety and security perspective. However, that’s not something anyone can promise if they’re using tools that have been built for consumers. 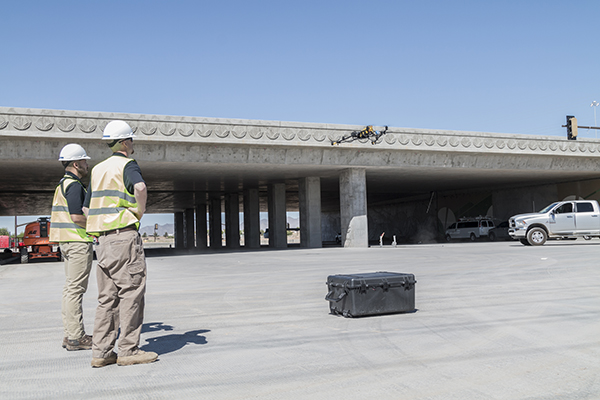 Security issues when it comes to data gathered by a drone have made headlines of late, and there’s a good reason for that. With many of the hardware and software platforms on the market for UAS, operations are headed toward a standardized system of uploading the data on the Internet and doing processing through cloud-based systems. Using a consumer level drone might make it easier for certain users, but it also means there's no telling who might be able to easily gain access to that information.The benefits of using consumer-level drones when it comes to making things simple and easy for users are evident, but they often come at the expense of security. While data security can be part of the conversation around what type of tool is going to be utilized, it usually comes up after talking about ease of use and data processing. That’s a problem, because the end user of the data produced doesn't often know enough about UAS technology to know that the final deliverable is not being provided securely. Operators either don’t know that the data is not secure or don't think to ask. This is unacceptable for a variety of reasons.The reality is that there are several additional safety and security considerations that users have to sort through whenever they’re trying to use consumer-level drones in a professional capacity. Safety of the overall aircraft system when in operation is at the top of that list. Professional grade equipment comes with several flight system redundancies that ensure safe operations at all times. That means that if one system gives out there is a backup, and in some cases even a second backup providing triple redundancy, to keep the UAS in the air. This allows the operator to safely land the aircraft without causing any further damage to the aircraft or anything in the surrounding area. This approach to backups and redundancies is something you also see with manned aircraft. Such redundancies are seldom, if ever, present on consumer level drones.Of course, having that level of security and redundancies isn’t always a necessity. If you’re doing something like grabbing photos and videos for real estate, then your priorities might be solely focused on what camera and gimbal are included with the attached payload. Data security isn't necessarily a massive priority for aerial photography and videography work for aesthetic purposes, but you absolutely cannot say the same about information being gathered for a bridge or utility asset. Data security may even be more important than the data itself when applied to facilities or structures that fall under the Critical Infrastructure Sectors of the Department of Homeland Security.Anyone using consumer-level drones for these kinds of professional tasks is exposing themselves and/or their client to incredible liability. It's possible for the data being gathered by a consumer level drone to be accessed by someone who has no business having access to that information and may even have the intent to cause damage as a result. The data itself can also be compromised or made invalid simply by being accessed by an unauthorized entity. Liabilities in this regard could range from a lawsuit to criminal prosecution. 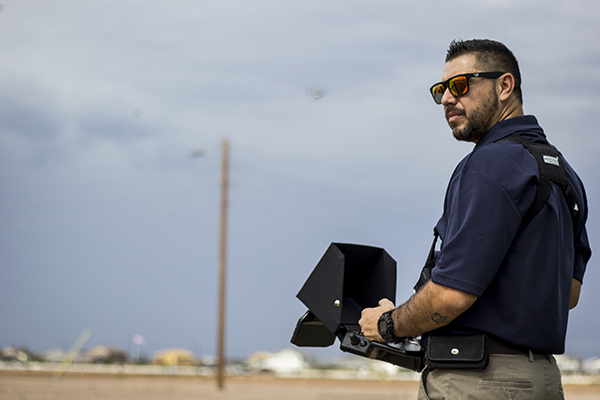 Consider the specific issues that can come up in a law enforcement capacity. Data gathered for evidence collection to be used in court cannot be accessed by unauthorized parties. If it is, then it is immediately dismissed. If the data gathering process associated with these systems comes with the condition that the data is copied and/or accessed through an unsecured and unauthorized platform, then you might see a lot of appeals cases coming up as a result of that information being known to the general public.We know that there are plenty of users and organizations that want to utilize consumer-level drones because of the price points associated with them and because they're so easy to take into the sky, but we will not compromise the standard we set for how we conduct operations and how we provide data safely and securely because someone else is looking to cut corners. That’s part of the reason we’ve been looking into developing an association, or working with an existing entity, to develop a stamp of approval or certification system that verifies that a UAS program meets certain qualities and standards of safe operations and secure data/deliverable transfer to the end user. We believe it will help the commercial UAS industry as a whole to legitimize itself by drawing a line between professional operators using professional equipment and practices for providing that deliverable, versus those flying toys from Walmart.Just like consumer-level drones, smart phones are amazing pieces of technology that some have used to make movies, but the professionals and Oscar winners are using cameras that are professional tools in every sense of the term. The desire to use anything less than a professional tool for a professional project should tell you all you need to know about what you’re going to end up with for that project, regardless of how that kind of tool is utilized.

Starting out as an intern with Skynetwest while working on a degree in Air Transportation Management from Arizona State University, Sean wasted no time in his efforts to arise as a prominent leader within the company as the new Director of Strategy, with the hopes of doing the same for the greater UAS industry. Interested in business leadership, entrepreneurship, and traveling, Sean hopes to continue playing an active role within Skynetwest to scale and grow the business to reflect an improved standard of Commercial UAS Operations, as well as one day playing an active role in the development of early-stage startups across the United States and the world.