Being able to effectively sort through safety concerns in the midst of a commercial drone revolution has been a challenge for many, but regulators will never sacrifice safety for efficiency. It’s why operators and organizations need to take active steps to ensure everyone in the vicinity of a drone operation remains safe throughout that entire flight. The potential consequences of not doing so are borderline unthinkable.

While most drones on the market already have software and guidelines to help prevent or lessen accidents, no system is absolute. In early September, a drone crashed while inspecting a cracked window at San Francisco’s tilting Millennium Tower, landing within 10 feet of a child. What could have prevented this, or at least make it less problematic? A safety system that not only contains a parachute but is capable of being automatically deployed in the midst of a catastrophic failure. 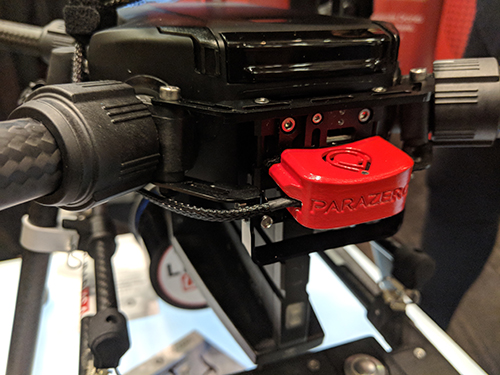 Founded in 2014, ParaZero designs and manufactures customized safety systems aimed for the professional commercial drone market. SafeAir, the company’s safety system, combines an active parachute deployment with a smart emergency computer, SmartAir, to prevent crashes at any situation.Their product independently monitors key flight parameters of the drone’s avionic systems and can identify and take action when critical failures have taken place. The autonomous nature of the solution is just part of the reason that ParaZero was awarded with the first FAA waiver for flight over people with a parachute system as part of the UAS Integration Pilot Program (UASIPP) lead by the North Dakota Department of Transportation.“The fact that it’s a completely independent system is really appealing to users across a variety of commercial sectors,” Sharon Imber from ParaZero told Commercial UAV News. “We developed it to work that way because we wanted to make it as simple as possible to install and utilize. Additionally, the system is less dangerous than solutions that use CO2. Using it can be the difference between a massive delay or disastrous accident, either of which could completely derail a project.”By monitoring the drones systems and flight pattern, SmartAir can trigger safety measures when it detects a drone malfunction, such as a power failure, breach of flight envelope, loss of control, crossing geo-fencing or cyber detection. In response to these triggers, SmartAir deploys Risk Mitigation systems and provides guided landing to an open area with ground warnings and audio visual signals. Additionally, the flight data is stored in a recorder for post-flight analysis via Black Box.Allianz Global Corporate & Specialty, an insurance company that already insures thousands of drone operators, partnered with ParaZero to help “provide safety options to our already vast and growing client base”, stated ParaZero CEO, Eden Attias. Their recent successful testing of the technology could open up even more opportunities for users and entire industries though. 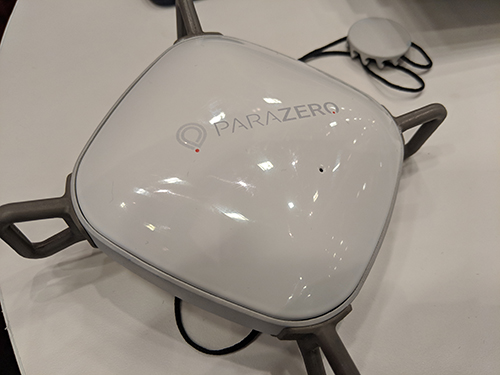 ParaZero’s solution could open the possibility to fly beyond visual line of sight (BVLOS) with fewer or completely eliminated safety concerns. In August 2018, North Dakota Department of Transportation (NDDOT) initiated its Integration Pilot Program (IPP) trials to fly over people using the SafeAir solution. The North Dakota DOT was selected as one of 10 participants in the FAA’s program, and ParaZero’s work with the organization could help create a model around what it will mean to operate BVLOS safety and legally.The SafeAir-equipped DJI M-200 and M-600 are available for purchase now, but the company has worked on various customized solutions for a variety of drone OEM’s, as well as drone platforms. They’re enthusiastic to design and customize a system to meet any customer challenge and needs, whether you require full integration or minimal and independent capabilities.Find out more about their solutions or get in touch to learn more.