Government agencies around the world are looking at unmanned aerial vehicles (UAVs) as potential means to streamline certain operations deemed too risky or too cumbersome for humans and conventional methods. The eternal question is: How do we pay for it?

Convincing elected officials of the need to implement another costly program is one of the biggest hurdles that these government agencies face when trying to deploy drone alternatives to their existing processes.

For the past seven years, the Ohio Department of Transportation (ODOT) has deployed drones throughout the state to improve efficiencies and lower risk to workers. On November 5th, three workers from ODOT made a presentation during a webinar organized by Skyward, A Verizon company, to show the methodology they used to prove return on investment (ROI) in comparison with previous processes and procedures. 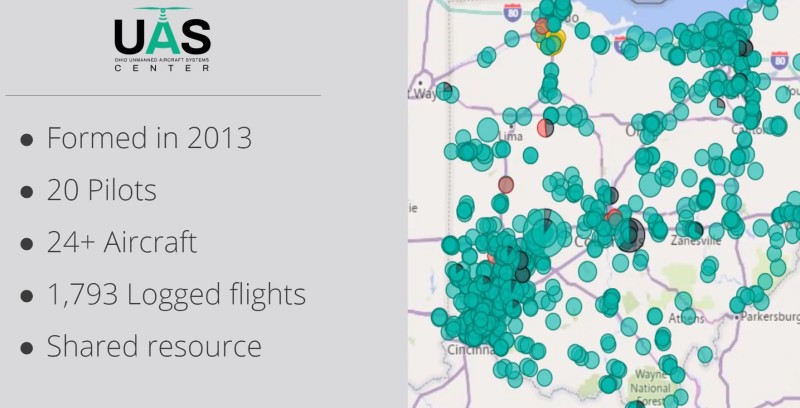 Rich Fox, Airspace Manager, Helen McCreary, UAS Program Analyst, and David Gallagher, Flight Operations Manager of ODOT made a comprehensive analysis of their drone operations and selected, amongst all the applications they currently deploy, photogrammetric mapping and bridge inspection as the two to analyze financially.

Beginning with bridge inspection, the three ODOT workers explained the way their office traditionally conducted these dangerous, but necessary, assessments and compared it to the new way with unmanned aircraft. 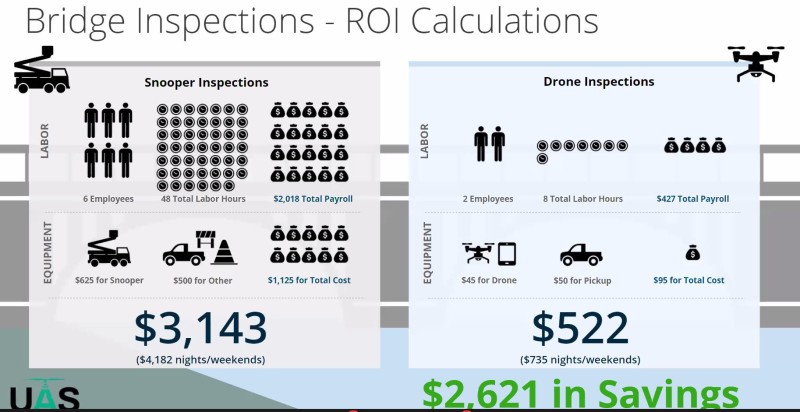 The conclusion of their financial analysis was that ODOT saves an average of $2,621 on a job that used to cost $3,143 with traditional methods, which can now be performed for just $522 using an unmanned platform.

McCreary emphasized the safety aspect of a bridge inspection by explaining that by using traditional methods, workers are exposed to vehicular traffic on the bridge as opposed to a drone being piloted by someone in a safe zone away from the driving public.

Then the presentation pivoted to the second application analysis: photogrammetry surveys. In this use case, Gallagher concluded that the gains were not only in terms of money saved but also on economies of scale. 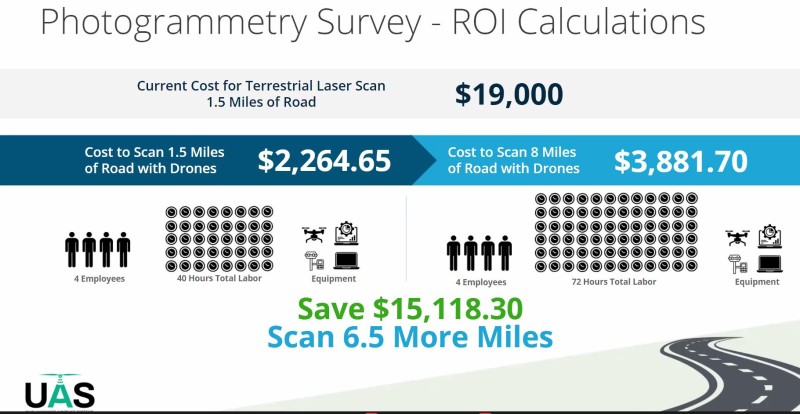 Fox argued that they could not only map areas for a fraction of the cost, but they could also survey larger areas with the same resources and still spend less money.

The financial conclusion was that a typical ground survey crew could cover 1.5 miles of road using laser scan techniques for $19,000, whereas a drone crew could do eight miles with just $3,881.70—a whopping difference of over $15,000 and 6.5 more miles of road.

The session ended by the three ODOT officials giving tips and advice to the audience, focusing on risk mitigation, training, understanding the applications and limitations of drones, keeping ROI estimates conservative, and more.

The presentation by Fox, McCreary and Gallagher was not only informative, but their numbers were clearly explained, and their conclusions were grounded in data. It is great news for the industry in general and government agencies in particular, when entities such as the Ohio Department of Transportation make a clear case for the acquisition and deployment of unmanned aerial programs to improve safety and save money.