Not too long ago, a list of the most influential people in the drone industry came out, and as you can imagine, a number of big names were on it. We’re talking about people like DJI CEO Frank Wang, FAA Administrator Michael Huerta and Intel CEO Brian Krzanich, whose influence is felt by everyone and anyone using drones.

Our interest is strictly in the commercial use of drone technology though, and we saw this as an interesting opportunity to compile a list that is strictly focused on the people that are similarly concerned with how professionals can and will be using drones. The people on this list can and are working through what it will mean to see drone technology transition to being just another tool that professionals in industries like agriculture, oil & gas, construction, emergency response and plenty more will be able to utilize.

Part 1 of our list, which has not been arranged in any particular order, is below. If you think we’ve missed out on someone feel free to get in touch or discover the sort of insights these folks and plenty more will be looking to share at upcoming industry events. 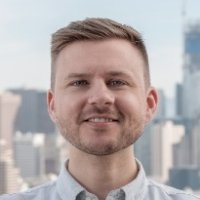 Ian Smith is a FAA-certified commercial helicopter pilot, flight instructor, drone operator and aerial photographer, with 11 years of international experience in the aviation industry. Ian currently works for DroneDeploy, and is also the owner and host of the Commercial Drones FM Podcast, which explores the people, concepts, & industries that use drones for business.

Ian’s podcast provides a vast insight of the drone industry as various subjects are discussed in detail by many people. Previous guests have included: DJI, The Verge, Forbes, AT&T, U.S. Department of the Interior, NOAA, Airware, Velodyne, 3D Robotics, Recode, DroneDeploy, and more.

He’s also been very involved in the development and rollout of DroneDeploy’s App Market, which continues to reshape the way in which operators utilize drone technology. He laid out what it meant to develop apps for drone data, which is a topic that’s going to get more and more important in the coming months and years.

Ian will continue to release various podcasts throughout the year. As Ian said, he hopes to “maintain its success as one of the go-to places for commercial drone industry news, analysis, and learnings. It's an absolute pleasure to produce this podcast and I hope it continues for a long time!” 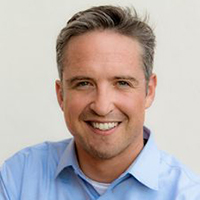 Jonathan Evans is the CEO at Skyward, a professional pilot, and is a member of the Global UTM Association board. Skyward provides a drone management platform to connect all people, processes, and equipment involved in drone operations into one efficient workflow.

Verizon’s acquisition of Skyward earlier this year is indicative of a major development for the drone industry as a whole, as the way in which companies like Verizon think of and utilize drones will be an important development for the telecommunications industry, but also in terms of how a UTM system might come together. As part of the Global UTM Association, Jonathan’s focus is on the development and integration of UTM Systems into national airspace systems across the world, which puts the company in a great position to explore and define how that system might work.

We’ve connected with Jonathan in the past to discuss how systems like the one Skyward is part of will help to define the aerial robotics era, and that definition will continue to evolve in 2017 and beyond. Jonathan is set to speak at a number of industry events in 2017, but the Skyward blog is a great place to stay up-to-date with a variety of topics, including Resources for Complying with International Drone Regulations as well as things like Using Drones for Volumetric Stockpile & Aggregate Inspections 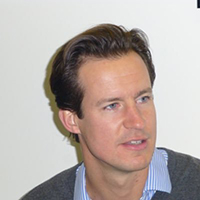 James Harrison is an army veteran, Co-Founder and CEO of Sky Futures, a company that focuses on drone inspection technology. In February of 2017, multinational oil and gas company Eni announced they signed a three-year contract with Sky-Futures, while the company’s software and training options continue to create new opportunities for users of all types and sizes.

As CEO of Sky Futures, James has secured $11m investment across 2 continents, built a global brand, and developed one of the most used cloud based inspection softwares, Expanse. Although initially created as a tool for the company and its O&G customers only, Expanse is now used worldwide by many Oil and Gas companies.

James has laid out his feelings around why he doesn’t think drones need regulations, much of which stems from the work Sky Futures has undertaken to create industry guidance for the oil & gas sector. Expanse is going to continue to make waves in oil & gas and we have little doubt the product and the company are going to lead the adoption curve in that space. 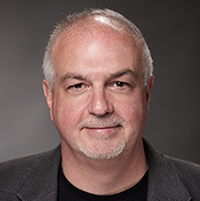 Colin Snow is the CEO of Skylogic Research. He’s a 25 year technology industry veteran with a background in electronics and software, but his dedication to and understanding of drone markets is practically unmatched. The insight he provides on his blog has proven to be an incredible source of information, as industry veterans appreciate his concise style while anyone who doesn’t have quite as much awareness of these tools will be able to grasp the essential concepts.

As a follow up to the Drones in the Channel: 2016 Market Report, Colin will release a new research study that will determine the current state of the commercial drone market in four topic areas: drone aircraft purchases, software data services, service providers, and business buyers.

Colin said: “This promises to be the most comprehensive survey-based research of its kind and we are targeting release in Q3 of 2017.” 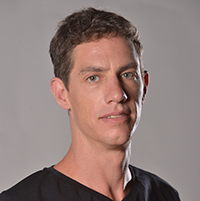 Ran Krauss is the CEO of Airobotics, a company that enables clients to run automatic missions monitoring, inspecting, surveying, and securing large industrial facilities and other strategic sites such as mines and seaports.

As CEO of Airobotics, Ran is working on revolutionizing the way automated drones are used. In February, the company was granted the first certification in the world to fly fully automated drones without a pilot, by the Civil Aviation Authority of Israel.

With the certification granted in Israel, Airobotics is now working on obtaining the same in other countries in the world, especially in those that can receive the highest value out of Airobotic’s service applications: Oil & Gas in Singapore & Australia are the company’s next priority.

In the long term, Ran Krauss wants Airobotics to become the app store of drone platforms through its Developer Program. The developer program is an open ecosystem for the developer community to provide a wide selection of tools to accomplish the vital tasks clients need for their businesses.

Ran said: “Our system has a dynamic, swappable payload mechanism design; thanks to that, partners can create new payloads that integrate new sensors and other tools to the drone. Our software is both a complete operating system and an open platform, designed with scale in mind. Third parties can build and customize the payloads, along with software apps to support and manage various new missions.” 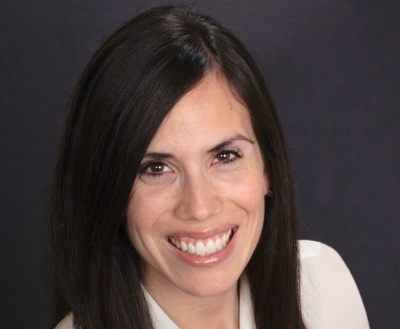 Dyan Gibbens is Trumbull Unmanned CEO & founder. The company performs UAS data processing and safely integrates UAS into the oil and gas industry, and with clients like Chevron along with initiatives like the gray whale migration observation project, the company is clearly looking to showcase the value of drones in numerous ways.

For several years, Gibbens’ work and research focused on UAS Integration, which led to the creation of Trumbull Unmanned. The UAS company provides critical data to the energy sector, primarily supporting oil and gas and environmental efforts. Trumbull maps, inspects and monitors critical infrastructure, and senses fugitive gases on upstream, midstream, and downstream initiatives both on and offshore. Their aim is to empower clients to integrate safe UAS technology into sustainable solutions.

In 2015, Fortune named Dyan as one of the women shaping the drone industry and was recently named a CNBC up-and-comer.

Outside of her day job, Dyan spends her time motivating and inspiring stakeholders in various industries, but somehow still has the capacity to do things like participate in a White House Roundtable to advance the role of women in business and speak about the uses of unmanned aerial systems during spill response and emergency response operations. Stay tuned for what she has in store at the Commercial UAV Expo. 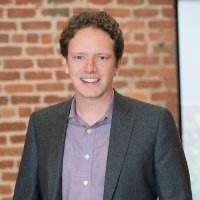 Jonathan Downey is the Founder and CEO of Airware, a San Francisco-based company that offers complete commercial drone solutions, allowing enterprises to take full advantage of aerial data for any commercial application.

In the past, Jonathan contributed to the development and flight testing of the A160T Hummingbird, a 6,500 lb fully-autonomous helicopter, which broke the world record for longest endurance helicopter flight and regularly flew within the National Airspace System (NAS).

In 2011, Jonathan founded Airware to eliminate the barriers preventing businesses from taking full advantage of drone technology. He has since led Airware to raise over $90 million in venture capital from top investors in Silicon Valley including Andreessen Horowitz, Kleiner Perkins Caufield Byers, John Chambers, GE Ventures, and Intel Capital.

Apart from CEO of Airware, Jonathan is the General Partner for Airware’s Commercial Drone Fund, a fund launched to accelerate innovation in the commercial drone space. He is also a member of the Board of Directors for the Association for Unmanned Vehicle Systems International (AUVSI).

As the industry grows, Jonathan wants his company to grow across current and new industries, leveraging its technology, insights, and economies of scale from developing and deploying solutions in our current industries to new verticals and use cases.