The last time we talked about FlightWave was just last month when they announced its impressive first solar-powered, vertical take-off and fixed-wing UAS - FlightWave Edge. 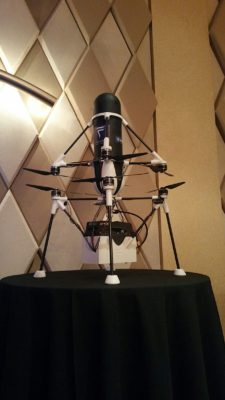 The Jupiter-H2 prototype on display at InterDrone.

At Interdrone 2017, the company has announced the development of a second drone that flies farther, longer and carries heavier payloads than most solutions out there, by using hydrogen fuel cell technology. The Jupiter-H2, a multi-rotor, endurance UAV, is the first product that comes from a strategic integration partnership between FlightWave and Intelligent Energy.

The UK-based company Intelligent Energy is working on delivering clean energy solutions for the UAV, automotive and stationary power markets. The company has just announced its own proprietary lightweight 650W fuel cell module, specifically designed for the UAV market, which is where the Jupiter-H2 comes in.

“Our partnership with Intelligent Energy has been a key element of the Jupiter-H2’s development,” said FlightWave CMO Edmund Cronin, “They are pushing the limits of hydrogen fuel cell technology, making the fuel cell lighter yet more powerful.”

Julian Hughes, Senior VP of IE US Inc, said: “It’s great to be back at InterDrone launching this game changing product, just 12 months on from demonstrating a prototype. We are delighted to be working with FlightWave, a company which shares our vision and passion for creating innovative solutions to realize the full potential of commercial UAS.”

FlightWave’s vision of green aviation blends well together with this new fuel cell module, as it has no moving parts, is virtually silent, and since it runs on hydrogen and ambient air, it is also pollution-free, emitting only a tiny amount of water vapor that’s clean enough to drink. Furthermore, thanks to Intelligent Energy’s three-liter hydrogen tank, the Jupiter-H2 can continuously fly up to two hours, lifting up to almost three pounds of payload. The use of hydrogen to power up the drone also means refueling takes minutes, instead of the hours of charge time a battery would require.

“The switch to hydrogen is a game changer for the heavy lifting UAS community,” added Cronin, “3-4-5x flight times while carrying the same as the competition.”

The Jupiter-H2 drone uses a narrow-profile 70 cm airframe, with a high-thrust power plant consisting of eight motors. It is made of carbon fiber reinforced composite, which means it is lightweight and weather resistant. The drone also features a universal mount system for almost any sensor or camera. These subsystems can draw power directly from the fuel cell, which completely removes the need for external batteries and reduces overall weight.

“We view the Jupiter-H2 as a game-changing vehicle,” Cronin continued, “It’s particularly well suited to use cases requiring both long flight time and stable maneuverability in narrow indoor or outdoor spaces — for example, in a very large but cramped warehouse.”

FlightWave and Intelligent Energy aim to release the drone early 2018. They are now taking reservations to measure the interest of this new hydrogen UAS. While the full drone’s price is $15,000, the first 100 reservations get a special price of $12,500. The package includes everything you need to fly: the controller, a protective case, and of course, Jupiter-H2. 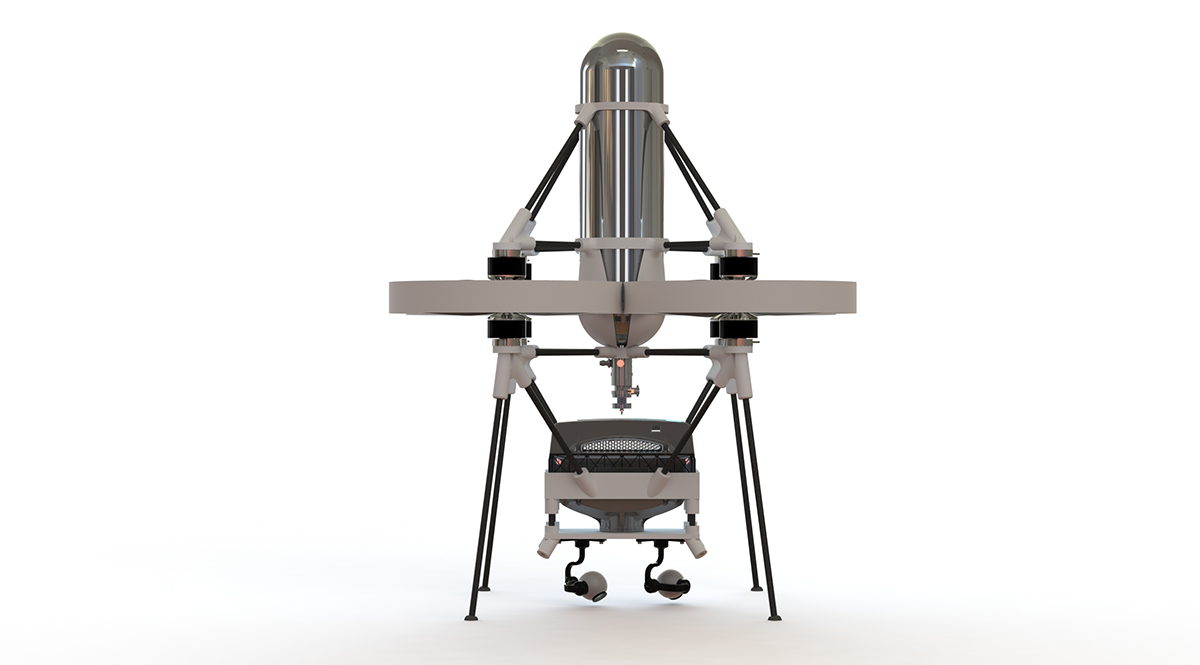 The Potential of Hydrogen Fuel Cells for UAS

The Potential of Hydrogen Fuel Cells for UAS