For the second year in a row, the North Carolina Department Oo Transportation (NCDOT) successfully organized the unmanned aerial vehicle (UAV) event known as the North Carolina Drone Summit. While the event speaks to the numerous priorities and needs of the entire drone industry, at its core, the event follows a long and illustrious tradition in manned aviation that the state of North Carolina has been embarked on for a long while now. 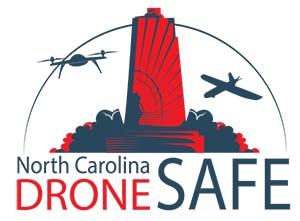 North Carolina was First in Flight, but as you can see in the logo of the conference, this event showcased how they're focused on being "first in unmanned flight". The history behind the first controlled flight in human history weighs heavily on the NCDOT. Their desire to continue the spirit of the Wright Brothers who first took flight at Kitty Hawk can be seen in their efforts to become a pioneer in the establishment of a nourishing environment for everything unmanned. It's why the conference was designed to address the multiple issues that currently affect the industry, including regulations by the FAA, Unmanned Traffic Management (UTM), disaster relief considerations, urban air mobility (UAM) and numerous others.Perhaps more so than anyone else, Darshan Divakaran, represents that spirit. Divakaran serves as the NC Drone Summit Director, and his goal for the event is to educate and enlighten attendees about the recent advancements in drone technology. However, his efforts to do so are focused on what it will mean for this technology to make sense for a variety of stakeholders in the drone industry and beyond.“As part of our bidding proposal to the FAA Integration Pilot Program (IPP), we made a commitment to the continuous efforts to inform the public and to involve industry and academia in a concerted effort to be the best," Divakaran told Commercial UAV News. “When we were selected as part of the group of nine national winners our resolve to implement these goals through the drone summit received strong support from the NCDOT leadership.”The NCDOT's commitment to education and the practical application of the technology was palpable in the selection of topics for the 13 panels, the five superb keynote speakers and the tens of hours of hands-on demonstrations that took place on the beautiful grounds of the Grandover Resort in Greensboro, North Carolina. 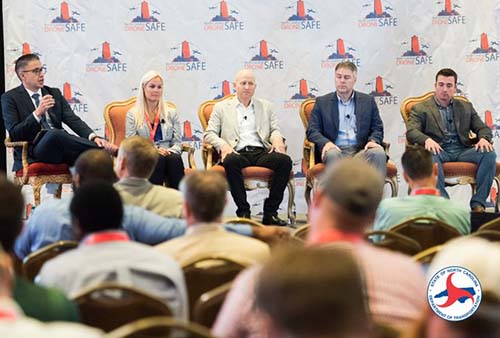 The panels addressed the following relevant topics:It was clear from the beginning that the organizers were not shying away from difficult topics such as FAA regulations, the lack of agency coordination during past disaster relief efforts or the public’s privacy concerns. All of these topics were addressed by knowledgeable panelists who took questions from the audience.The drone summit initiative is the result of a ground-up effort spearheaded by Divakaran and another key member of the team, Basil Yap, who serves as the NCDOT UAS Program Manager and the Summit Manager. Together, they assembled an impressive group of collaborators who specialized in the different areas of responsibility of the DOT, especially aviation and transportation.Companies such as UPS, Flytrex and Zipline contributed their expertise to turn the event into a showcase of information and cooperation. The impressive delegation of the FAA at the conference was headed by Rachel Carlstrom and Jay Merkle who delighted the audience with news about Part 107, the eventual transition to a more conventional Part 135 and an update on Remote ID ruling.The Q&A session with Carlstrom and Merkle along with Josh Holtzman, FAA Director National Security Programs & Incident Response, and two officers from the Federal DOT was highlighted by a request for information regarding waivers of BVLOS operations and drone flights over people. The news was encouraging, as it confirmed that the FAA agrees with industry and academia that BVLOS operations will be the catalyst that will take the industry from the fringes of R&D to the mainstream.In the exhibit hall, we saw an impressive array of companies, universities and government agencies, all trying to advance their ideas, their technologies and their willingness to inform and collaborate. One specific sector that was represented well in terms of vendors, speakers and attendees was public safety and disaster relief.New products and services that were born out of the experiences of the last year when hurricane Florence devastated certain communities of North Carolina were on display across the event. The coordination between agencies and an examination of how unmanned flights could benefit the entire first responder community were also highlighted. If protocols that would allow the entire ecosystem to use and share data could be established, public safety services would be that much more powerful.These conversations and insights drove the event and resonated with speakers and attendees on multiple levels. It's part of the reason the organizers were particularly pleased with the size of the conference and noted how it has developed.“We are delighted with the growth the summit has experienced and are already making plans for 2021 when we will be that much closer to flights BVLOS, OPP and a more coordinated response to natural disasters," said Divakaran. "The conference is providing a forum for all of the different entities in the ecosystem, and that goes from regulators to industry to academia. Here, they can all sit down and exchange ideas that will accelerate the cause of safe operations and coordination.”The second NC Drone Summit was a resounding success and proved to be a great investment for anyone focused on gathering a greater understanding of where the industry is headed. As Jay Merkle pointed out during his keynote presentation, the largest word on the conference logo is SAFE. That focus was reflected in the spirit of the event, all of which will see North Carolina continue to bring together some of the great minds in the field together in order to foster continued growth and innovation and truly become "first in unmanned flight".