One of the business areas that have benefited more from the proliferation of unmanned aerial vehicles (UAVs) is definitely precision agriculture. With the advent of GPS in the early 90’s, the addition of foreign constellations to form GNSS in the 2000’s, and the extraordinary world-wide coverage and precision of positioning satellites, every country in the world can take advantage of larger crops per acre.

Positioning companies such as Trimble, Topcon, and Leica have developed complex solutions to aid farmers in the maximization of resources, allowing automated planters, irrigation systems and crop harvesters in partnership with behemoth heavy machinery manufacturers such as Caterpillar, John Deere, and Kumatsu.

With the combination of having the precise location of every seed and the ability to map and digitally model farmland, agricultural companies can now expand the arable portions of their properties in hundreds and sometimes thousands of acres. 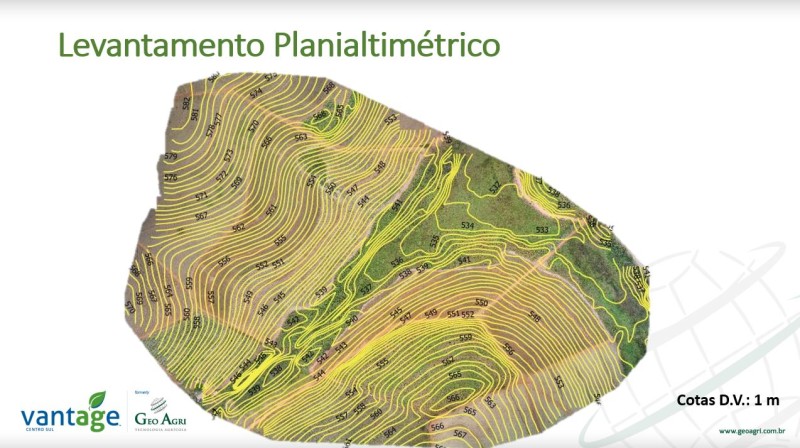 In Brazil, in particular, where sugar cane is used to produce sugar and also ethanol as fuel for cars, the size of these agricultural concerns is huge, and the maximization of resources such as water and pesticides, is not a nice to have but a must in order to remain competitive.

One company in particular, Vantage Centro SUL–Geo Agri, has developed multi-disciplinary tools to map with great accuracy the arable land of its customers and then turn this digital terrain models (DTMs) and other cartographic products such as elevation maps, contour lines and drainage products, into information that can be fed into automatic farm machinery. 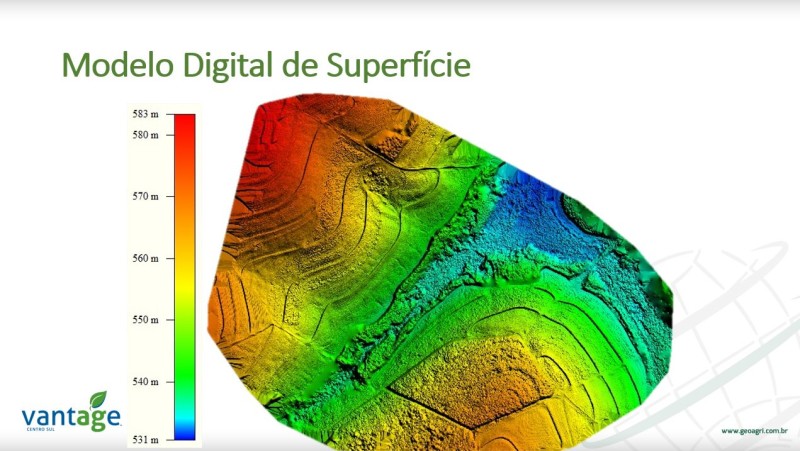 We had the opportunity to connect with Gustavo Streiff, Chief Executive Officer of Vantage Centro Sul, to ask him a few questions about the symbiosis between high-accuracy mapping and precision agriculture.

“The margins in the sugar cane business are very small,” he said. “So, through a close relationship with our customers and understanding their processes and workflow, we have developed a series of techniques from the flight with unmanned platforms to the developing of mapping products that allow the companies to expand arable area and economize water and chemicals.” 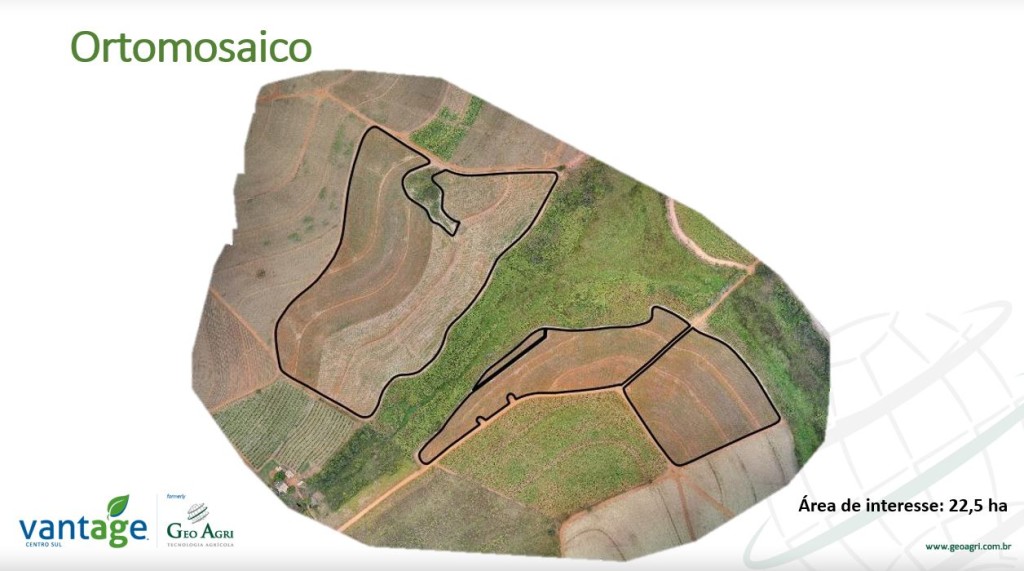 In most cases, the cartographic products are divided into the pre- and post-planting season. In the pre-season Vantage Centro Sul’s solution generates a vast array of DTMs, irrigation analysis maps and drainage orthomosaics that provide the farmers with the correct information to plant every available inch of land with the necessary accuracy to return to every seed and every plant again and again during the growing season.

“It’s definitely a differentiator of our offering, the fact that we intervene before planting season to analyze the terrain and then return during the growing season to monitor progress,” said Gustavo showing the impressive array of graphic products they provide pre- and post-planting. “In Brazil rains are very unpredictable and even though we have strong rains and long periods of droughts, the ability of the terrain to absorb the water is key to make sure that entire areas are not lost to unexpected flooding.”

“With our false color sensors and other aerial tools, we can monitor every acre without sending humans to the field, and only using manned intervention in the areas that really need it, saving resources and personnel time.”

In a nation where sugar cane crops are an essential link of the energy chain, maximizing resources and maintaining competitive prices is vital to the economy of the fifth largest country by territory and the ninth largest economy of the world.