With the insatiable appetite of the general public and enterprise alike for faster and more reliable mobile connectivity, telecommunication companies are engaged in a fierce race to out-maneuver each other in terms of speed, access and dependability of their wireless networks. One unintended consequence of this race to the top is the constant construction, upgrading and preventive maintenance of hundreds of thousands of cellular towers throughout the world. The associated cost of these inspections is a considerable portion of the construction budget for telecommunication giants, and they are actively looking for alternatives.

Earlier this year, we explored the success Drone Harmony has had when it comes to reducing cell tower inspection costs by 50%. Their success isn’t just about cost though, since the impact on safety is just as considerable. Cell Tower inspections are still conducted mostly by people and are inherently dangerous. Manual cell tower inspections are among the most dangerous jobs in the world, outnumbering in deaths per 10,000 when compared to other “high-risk” professions. Automated workflows have proven their potential to reduce the death toll to zero, but that's just part of the reasons the release of Drone Harmony’s automated capture app, designed for the sole purpose of cell tower inspections, will have an even greater impact on these issues. 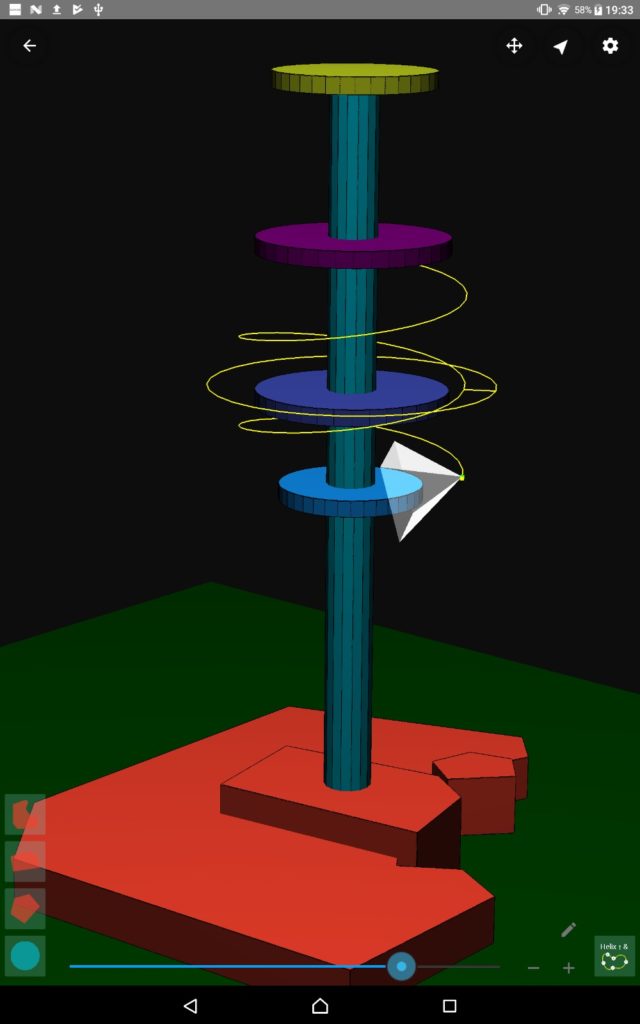 The new Android app called Cell Tower Scan is based on their mission planning framework, featuring a scene-centered workflow, a full 3D planning environment and obstacle avoidance. Missions for flying the tower with a number of capture methodologies can be automatically generated for the defined tower. A simple positioning calibration tool allows a user to achieve pinpoint accuracy. The app has also been stripped down to the simplest interface possible, but can still perform complex tower scans with a click of a button. A novice pilot can be taught to use Cell Tower Scan in less than 30 minutes and will then be able to perform accurate, repeatable inspections of cell towers in a fraction of the time previously needed by even much more experienced pilots speaks.The simplicity of the app is undoubtedly one of the key features and is the reason it’s been described as “easy to use, with less stress to capture the tower correctly.” That simplicity is just one of the reasons that it’s having such an impact on cell tower inspections cost and safety considerations.“The other unique dimension of Cell Tower Scan is the full automation of the planning process,” said David Adjiashvili,  Chief Scientist and co-founder of Drone Harmony AG. “Flight planning for inspecting cell towers is inherently a complex task. It involves balancing numerous aspects such as resolution, overlaps, GPS/radio interference, obstacle avoidance etc. For a human, no matter how skilled, this kind of work is very hard to do repeatably and at scale without automation. Cell Tower Scan encapsulates all these complexities in a simple automatic workflow, in which the user only needs to worry about high-level mission objectives."The iGlobe Group, which is a specialized integrator, focusing on geospatially-oriented applications in the mining, municipality, utility, and private sector, has already tested the Drone Harmony Cell Tower Scan extensively. Both managers and pilots are enthusiastic about this app. They were able to reduce the inspection time from 19 to just 8 hours and drastically increase the quality of the deliverable.Drone Harmony’s mission planning framework, which is in the core of Cell Tower Scan, is aimed at reinventing the way people fly drones commercially. Drone Harmony’s workflow puts the captured objects in the center while abstracting away traditional technicalities associated with drone mission planning, such as waypoint placing and trajectory adjustment. Instead, the user is able to interact with the app in an intuitive goal-oriented way. This is achieved through a combination of technologies from automated flight planning in a full 3D environment to automatic obstacle avoidance.Drone Harmony extensively tested the product for over a year and collected the feedback from hundreds of users from all corners of the world, which is part of the reason it’s designed to be used across the globe. It’s also why Drone Harmony is working on a variety of integrations to make the pilot's life even easier. They are currently engaged in integration efforts for photogrammetry cloud software, UTMs, logging options and more. Examples of these integrations include Airdata and Bentley Systems' Reality Modeling, with planned integrations of UTM and even on-demand insurance options. 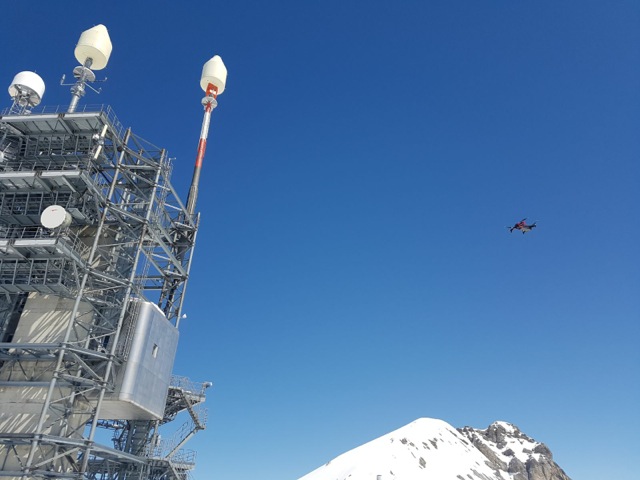 Drone Harmony has enjoyed fruitful collaboration with these companies on projects that go beyond cell tower inspections, but they realize that all of their user success is being driven by the value it represents when compared to traditional approaches. Drone Harmony has heard back around that success, but it’s also why they’re open to working with those users in whatever way makes the most sense for them and for their workflow.“All of our clients that had another capture methodology before Drone Harmony report that the added value of using it completely outweighs the initial overhead of minimal training and integration,” Adjiashvili told Commercial UAV News. “When it comes to enterprises, Drone Harmony is happy to both tailor the app to the Enterprises' need, as well as help accelerate integration into their current workflows. Drone Harmony's products are designed for scalability, so we have no trouble accommodating rather complex workflows.Cell Tower Scan is only part of the professional product that Drone Harmony has released in early July though. The professional product they released also contains a lot of functionality for 2D and 3D mapping of both terrains and 3D structures. In the future, Drone Harmony will also add more and more "skins" (versions on the app that are tailored for specific use cases).Cell Tower Scan provides the industry with an easy-to-use, phone/tablet-based application that can accelerate inspections, reduce costs and increase worker’s safety. Using the app, it’s “now possible to fly up to five towers a day,” but that’s just the beginning of the value it has and will unlock for users across the world.