In introducing the LiDAR-equipped Elios 3 in May of this year, Flyability stated the drone was made “to address the need companies have for reliable inspection tools.”

But what does “reliability” mean? What challenges do operators face when seeking dependable and consistent products to conduct uncrewed inspections?

To get the answers to these and other questions, Commercial UAV News spoke with Zacc Dukowitz, Flyability’s Senior Communications Manager. Dukowitz detailed the challenges of achieving reliable performance with drones in inspections, how the features of the Elios 3 address these challenges, and how companies are using the drone to improve their operations.

Commercial UAV News: Why and how is reliability an ongoing problem for drones in inspections?

Dukowitz: Companies need tools that work the same way every single time, just like a car or a washing machine. Because drones are still a fairly new technology, getting them to this level of reliability is challenging.

Commercial UAV News: What are the specific challenges around getting reliable performance from a drone in an inspection operation?

Dukowitz: Reliability, specifically for drones made for operations in confined spaces, is an ongoing issue because they face unique environmental challenges. Two challenges for confined space inspections are the lack of GPS and the need for geolocating the drone in space in order to know where defects found in inspections are within an asset, allowing the maintenance team to return to that location to do work, if needed.

Dukowitz: Yes, another challenge is constructing a system that will allow the drone to right itself if it is turned upside down as the result of a collision—a need that is only really a requirement for drones used in confined spaces, where collisions are part of the operating environment. Flyability’s Elios 3 is currently the only drone that can do this, and we have patented the technology. 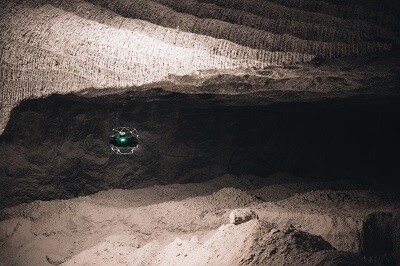 Another reliability-related issue is the need for a system that is truly collision tolerant, allowing it to sustain collisions and continue flying unharmed. The Elios 3 has this capability, and it has been field tested through over 200 missions in locations like mines, nuclear power plants, and oil refineries to ensure that it can take an impact and maintain flight.

Commercial UAV News: How far along is the industry in addressing these reliability issues for drone inspections?

Dukowitz: Of the “crawl, walk, run” phases for rolling out new robotics technology for inspections, many drone companies are either in the crawl or walk phase. By this I mean that they are either still testing their first prototype, that is “crawling,” or only now beginning to see companies adopt their technology for everyday use, that is “walking.”

For internal inspections at industrial sites like oil refineries or power plants, Flyability is starting to see mass adoption (i.e., running), with companies purchasing large fleets of the platform so they can have one on hand at every site, or shared between a cluster of sites. However, for external inspections and asset monitoring, we are seeing mass adoption for drone-in-a-box solutions from companies like Percepto and American Robotics. 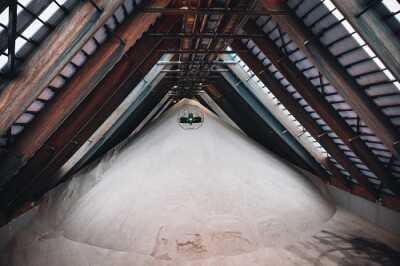 We have heard from several clients that have tested many of the indoor drones on the market as part of their due diligence and reported back that only Flyability’s drones meet the level of reliability they need. We’ve heard anecdotes of other indoor drones crashing and breaking permanently in the boardroom during a preliminary demonstration, and never even making it into the field.

Commercial UAV News: Tell us about Flyability’s recent work with the Department of Energy (DOE).

Dukowitz: According to a presentation made at the annual Waste Management Symposium in March, the Department of Energy recently found that the Elios 2—and subsequently the Elios 3—were the only tools that could serve as remote data collection devices for their needs, after testing many different possible approaches. The need is unique: they’re planning to extract radioactive waste leftover from spent nuclear fuel processing. The Idaho Environmental Coalition (IEC) is the organization carrying out the work for the DOE, and it needs to create a 3D map of the interior of the vault where the waste is kept in order to plan for its extraction. Five other non-drone methods were considered for getting this data and it was ultimately determined that the Elios 2 was the option with the highest chance for technical success. They have since begun testing the Elios 3 for the project, since its LiDAR data will allow them to create an even more robust 3D model than the Elios 2 could have made using photogrammetry. 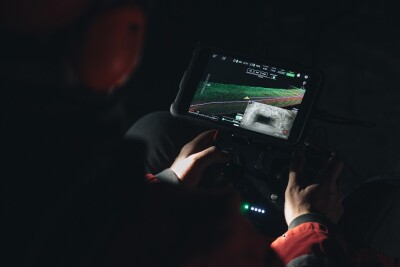 Dukowitz: The Elios 3 is powered by a new proprietary SLAM engine called FlyAware. This engine is what gives the Elios 3 its groundbreaking stability. FlyAware combines data from the Elios 3’s three optical cameras and its LiDAR sensor to create world class awareness of where the drone is in three-dimensional space, catching the smallest unpredictable movements and instructing the flight controller to compensate for it so the drone stays so still in the air that a video looks like a photograph. (Click here to watch a video demonstrating the stability of the Elios 3.)

Commercial UAV News: Can you give us some “real world” examples of how the Elios 3 improves reliability in inspections?

Dukowitz: When you fly inside a sensitive asset like a boiler or a nuclear reactor, there are areas where you absolutely cannot risk crashing or losing the drone. Similarly, when you fly into a mine shaft or a stope in a mine, if the drone fails, you may lose it forever. The Elios 3 can be flown inside these areas with enough stability and reliability that you can ensure you will get it back.

Commercial UAV News: How are companies responding to the Elios 3?